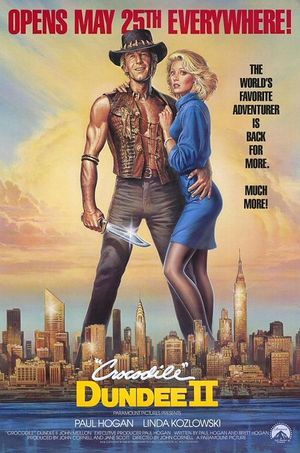 After the events of the first film, Sue and Dundee are living happily in New York City until Sue obtains photographs of notorious drug lord Luis Rico murdering a man. Rico kidnaps her and after rescuing her from Rico's mansion, the two flee to Australia to escape from the villains.