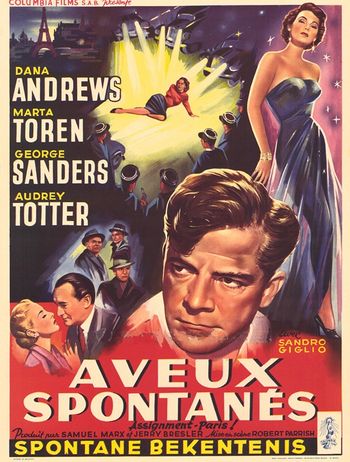 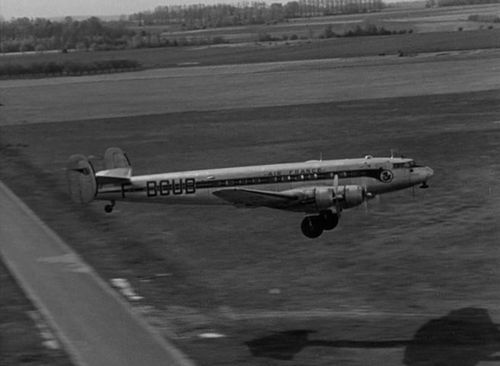 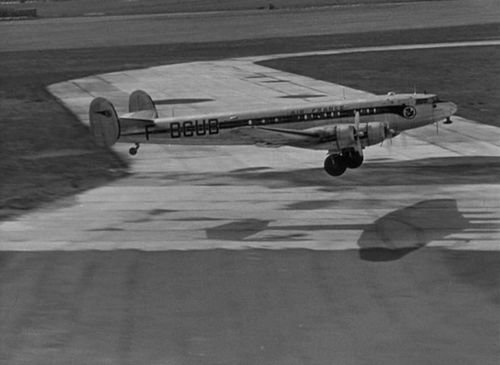 But when the aircraft is taxiing, the four engines are running. Probably another airframe (which one ?). 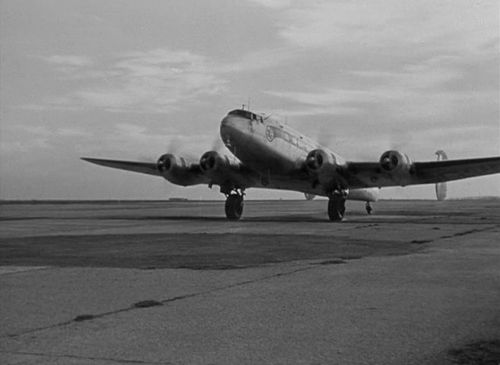 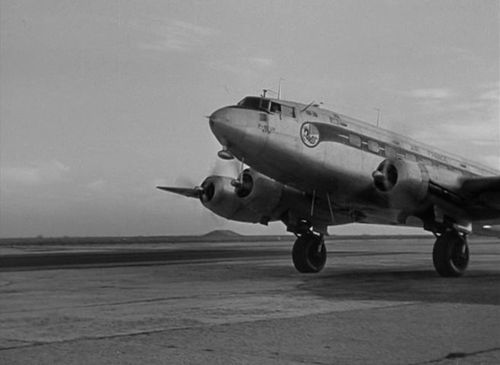 Reg.F-BBDD Douglas DC-4-1009 c/n 42936 Ciel de Bourgogne of Air France.
Same aircraft in other movies at IMPDb: Frequently Seen Aircraft.
The type was really transoceanic. A little bit surprising that the director (or the editor) show us this aircraft with a tricycle landing gear just after the landing of the tail seater Languedoc. 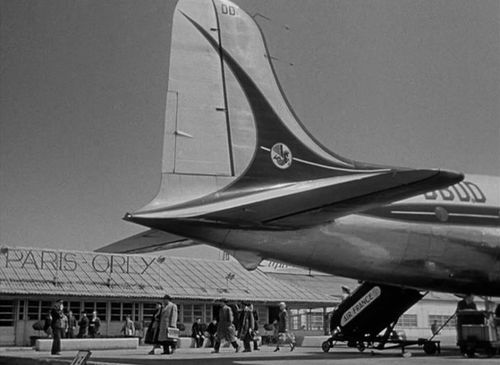 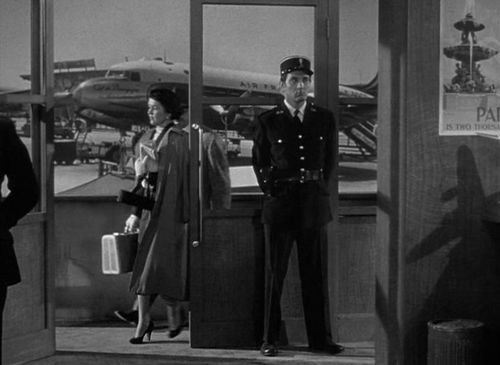 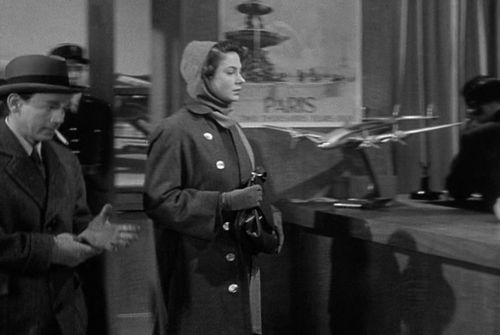