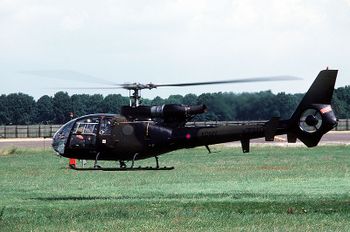 The Aérospatiale Gazelle is a French designed, single engine, reconnaissance and observation helicopter used widely by the French and British Army. Originally developed by Sud Aviation, it was produced mostly under the Aérospatiale brand, a subsequent division of EADS. It was the first Helicopter to have a Fenestron, a protected tail rotor that reduces noise.

This page lists all films that feature a variation of the Aérospatiale SA 341 Gazelle.

The following 59 pages are in this category, out of 59 total.