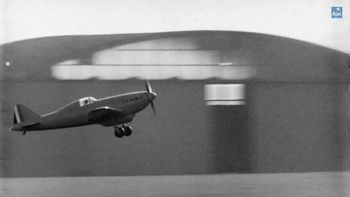 The Arsenal VG 30 was first in a series of fast French light fighter aircraft under development during the last third of the thirties. The Arsenal VG 33 was eventually ordered for mass production but was plagued by industrial delays so first production airframe did her maiden flight only on 21st of April 1940, too late to see extensive service in the French Air Force during the Battle of France.

This page contains all films, TV series, and video games that feature the Arsenal VG 30 family (VG 30 to VG 39).