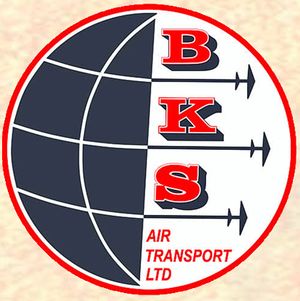 BKS commenced operations in October 1951 from its base at Southend Airport as BKS Aero Charter flying a Douglas DC-3 and changed to BKS Air Transport at the end of 1953. To expand the activity, three Vickers VC.1 Viking s were acquired in 1955 and Airspeed Ambassador in 1957. In 1958 the Bristol 170 Freighter was added, followed by the Vickers Viscount in 1961. Further expansion in and out of London saw the introduction of the Hawker Siddeley HS.748 in 1962 and the Bristol Britannia in 1964. In April 1969 were acquired two Hawker Siddeley Trident s. BKS and Cambrian Airways formed the British Air Services group in 1967. British Air Services was a holding company 70% owned by BEA and 30% by the former shareholders of BKS and Cambrian . In 1970, the company changed its name to Northeast Airlines Ltd.