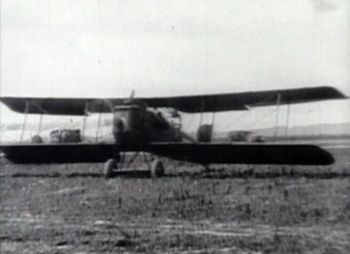 The Breguet 14 was a French biplane bomber and reconnaissance aircraft of World War I. It was built in very large numbers and production continued for many years after the end of the war. Apart from its widespread usage, it was noteworthy for becoming the first aircraft in mass production to use large amounts of metal rather than wood in its structure. This allowed the airframe to be lighter than a wooden airframe of the same strength, in turn making the aircraft very fast and agile for its size, able to outrun many of the fighters of the day. Its strong construction was able to sustain much damage, it was easy to handle and had good performance. The Breguet 14 is often considered one of the best aircraft of the war.

This page lists all films that feature the Breguet 14.