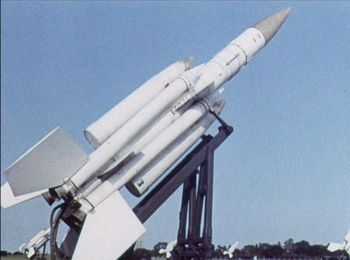 Bristol Bloodhound seen in The Hole in the Ground.

The Bristol Bloodhound is a British surface-to-air missile developed during the 1950s. It served as the UK's main air defense weapon into the 1990s and was in large-scale service with the Royal Air Force (RAF) and the forces of four other countries.

This page contains all films, TV series, and video games that feature the Bristol Bloodhound.