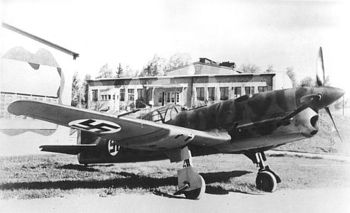 The C.710 were a series of light fighter aircraft developed by Caudron-Renault for the French Air Force just prior to the start of World War II. One version, the C.714, saw limited production, and were assigned to Polish pilots flying in France after the fall of Poland in 1939. A small number was also supplied to Finland.

This page contains all films, TV series, and video games that feature the Caudron Cyclone.