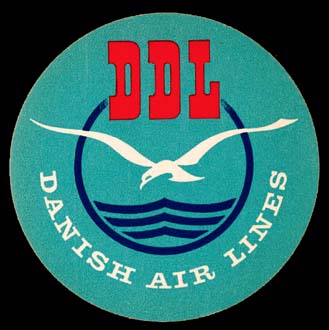 Det Danske Luftfartselskab A/S or DDL, trading as Danish Air Lines in the late 40’s was Denmark's national airline from 1918 until it merged to create SAS-Scandinavian Airlines System in 1951. DDL was established on 29 October 1918, but started its first scheduled route on 7 August 1920.

This page lists all films, TV series, and video games that feature aircraft of DDL.