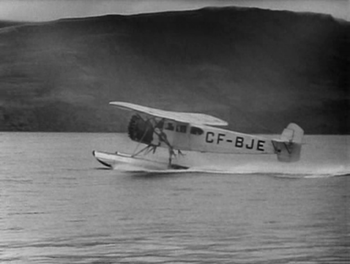 The Fairchild 71 was an American high-wing monoplane passenger and cargo transport aircraft built by Fairchild Aircraft and later built in Canada by Fairchild Aircraft Ltd. (Canada) for both military and civilian use as a rugged bush plane. It was operated by US Army Air Corps, US Navy and Royal Canadian Air Force.

This page lists all films that feature a variation of the Fairchild 71.