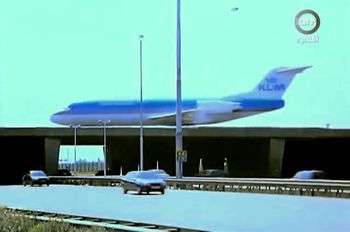 The Fokker 100 is a medium size twin-turbofan airliner from Fokker. Low operational costs and scant competition in the 100-seat short-range class led to strong sales when it was introduced in the late 1980s, but sales fell as competition increased. Production ended in 1997 with 283 airframes delivered. In August 2009, 229 Fokker 100 aircraft remained in airline service with 47 airlines around the world. The Fokker 70 is a smaller version of the Fokker 100 jetliner. With its first flight in 1994, 47 aircraft, plus one prototype, have been manufactured and most are still in active service with airlines around the world, especially European airlines.

This page lists all films that feature the Fokker 70/100.