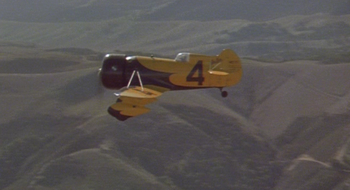 The Gee Bee Model Z was a sport low wing monoplane aircraft studied for the Thompson Trophy. The Granville Brothers Aircraft Company hopes to win the race and so to focus potential customers at a time (just after the Great Depression) when its products were hard to sell. The goal was achevied but the plane crashed some weeks later during an attempt to set a new world speed record.

A single Gee Bee Model Z was built in 1931. Two replicas were built at the end of the 20th century.

This page lists all films that feature a variation of the Gee Bee Model Z.