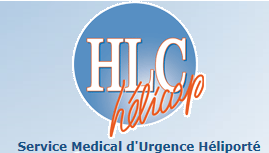 Hélicap was launched in 1977. During the first years, the principal activity of the company was focused on the pilot’s trainings, first flights, and aerial filming in Paris area. The company early got specialized in medical transport. And thus, in 1983, for the first time in France, in collaboration with the French SAMU, puts a civil helicopter at an EMS permanent disposal, based in Créteil. In 1996, Hélicap and Eurocopter agreed a delivery of 10 Eurocopter EC135. Hélicap belongs to the SAF Holding in a group with SAF Helicopteres, SAF Industrie, and Air Courchevel.

This page lists all films, TV series, and video games that feature aircraft of Hélicap.