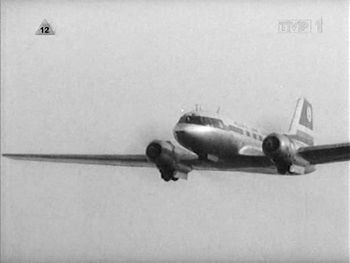 The Ilyushin Il-14 (NATO reporting name "Crate") was a Soviet twin-engine commercial and military personnel and cargo transport aircraft that first flew in 1950, and entered service in 1954. Il-14 was also manufactured in East Germany by VVB Flugzeugbau, in Czechoslovakia as the Avia 14, and in China under the Chinese designation Y-6. It has been operated by many civil and military operators of the eastern bloc.

This page lists all films that feature a variation of the Ilyushin Il-14.