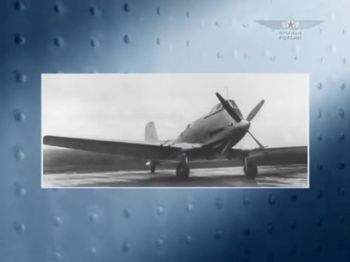 The Ilyushin Il-20 was a Soviet ground attack aircraft developed after World War II to succeeded the Ilyushin Il-10. Heavily armoured, it never reach production due to poor performance and unreiable engine.
It must not be confused with the Ilyushin Il-20, variant of the Ilyushin Il-18 dedicated to the electronic and radar reconnaissance tasks of the 1970's.
Its general shape is nearly this of the Short Seamew but the British aircraft has a mid-wing with a fixed landing gear when the Soviet prototype has a low-wing with a retractable landing gear.

This page lists all films that feature the first Ilyushin Il-20 built in 1948.