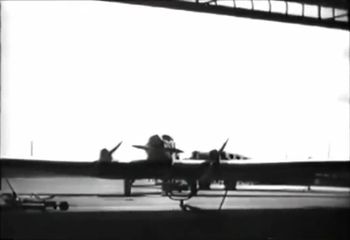 The Junkers G 23 and G 24 were transport and airliners designed at the mid twenties but facing Allies restrictions. The G 24 could be single-engined (and then named Junkers F 24) but was built as a tri-motor, powered by in-line water-cooled piston engines. Neverless, a lower powered model the G 23 was issued to evade Allies criticisms frightened by the military potential of the airframe. A military variant named K 30 was offered to USSR (where it was known as the TB-2) and Sweden built it.