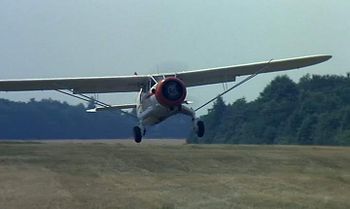 The Noorduyn Norseman was a Canadian single-engine bush plane designed to operate from unimproved surfaces. Norseman aircraft are known to have been registered and/or operated in 68 countries throughout the world and also have been based and flown in the Arctic and Antarctic regions. The aircraft has been operated for civilian use and by many military air forces during and post WWII.

This page lists all films that feature a variation of the Noorduyn Norseman.