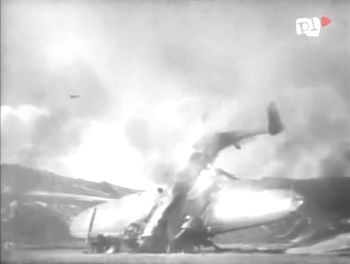 The PZL 37 Łoś was a Polish twin-engine medium bomber. After a first flight on 13 December 1936, the trials were successfull and the type was put into service in 1938. Its high performance led to several orders but the fall of Poland in september 1939 stopped all the process. Some aircrafts which flew to Romania to evade capture were sized by the kingdom then pressed into service against USSR in 1941.

More a hundred PZL 37 Łoś of all variants were built.

This page lists all films that feature a variation of the PZL 37 Łoś.