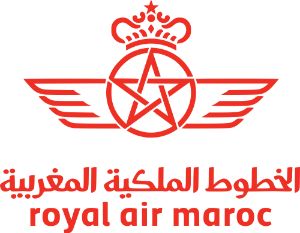 Royal Air Maroc, also known as RAM, is the Moroccan national carrier, as well as the country's largest airline. RAM is fully owned by the government of Morocco, and has its headquarters on the grounds of Casablanca-Anfa Airport. From its base at Mohammed V International Airport, the carrier operates a domestic network in Morocco, scheduled international flights to Africa, Asia, Europe, North & South America, and occasional charter flights that include Hajj services. Royal Air Maroc—Compagnie Nationale de Transports Aériens was formed in July 1953 as a result of the merger of Compagnie Chérifienne de'l Air (Air Atlas) and Compagnie Chérifienne de Transports Aériens Air Maroc, that was founded in 1947 and commenced scheduled operations in 1949. The name Royal Air Maroc (RAM) was adopted on 28 June 1957.