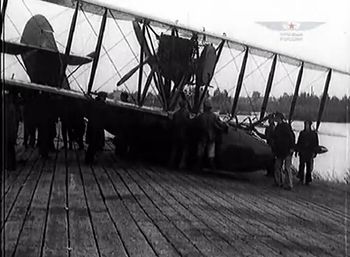 The SIAI S.16 was a seaplane biplane dedicated to reconnaissance and anti submarine warfare developed by Italian aerospace company SIAI (Società Idrovolanti Alta Italia - Seaplane company of Northern Italy) in the second decade of the twentieth century. Designed as a seaplane transport to be proposed on the commercial aviation market, it was later armed as a military aircraft.

This page lists all films that feature a variation of the SIAI S.16.