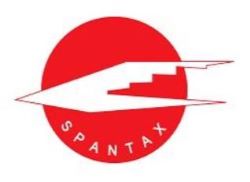 Spantax S.A. was a Spanish leisure airline headquartered in Madrid that operated from 1959 to 1988. Spantax was one of the first Spanish airlines to operate tourist charter flights between European and North American cities and popular Spanish holiday destinations and was considered a major force in developing 20th-century mass tourism in Spain. Its popularity and image faded from the 1970s onward when a series of crashes and incidents revealed safety deficits, which, combined with rising fuel costs and increasing competition, resulted in the company facing severe financial difficulties that led to its demise in 1988.

This page contains all films, TV series, and video games that feature aircraft of Spantax.