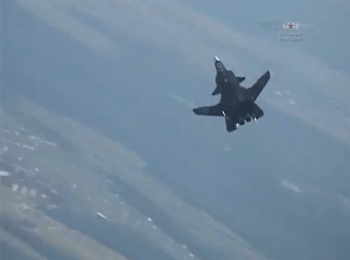 The Sukhoi Su-47 Berkut (Golden Eagle) is a experimental / technology demonstrator which flew the first time on 25 September 1997. A distinguishing feature of the aircraft was its forward-swept wing that gave the aircraft excellent agility and maneuverability. It was still part of the Zhukovsky (Ramenskoye) 2009 Airshow. Please, note that in the very first times of the design, it was also designated S-32 or S-37.

A single Sukhoi Su-47 demonstrator has been built.

This page lists all films that feature a variation of the Sukhoi Su-47.