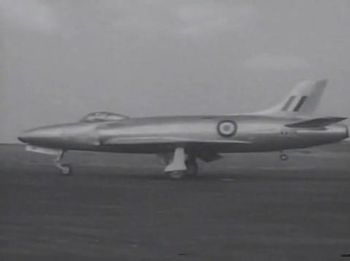 The Supermarine Swift was a British single-seat jet fighter of the Royal Air Force , built by Supermarine during the 1950s. After a protracted development period, the Swift entered service as an interceptor, but, due to a spate of accidents, its service life was short. A photo reconnaissance variant resolved some of the Swift's teething problems.

This page lists all films that feature the Supermarine Swift.