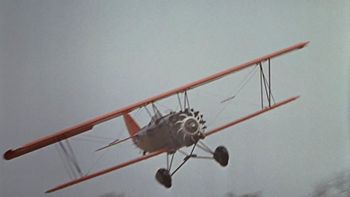 The Travel Air 2000/3000/4000 were aircraft, based on the Fokker D VII, produced in the United States in the late 1920s by the Travel Air Manufacturing Company. Originally they sold respectively as Model A, Model B and Model BH. Due to the Great Depression, the company's assets were purchased by Curtiss-Wright and then these planes were eventually marketed as a Curtiss-Wright product under the names CW-14, Speedwing, Sportsman and Osprey.