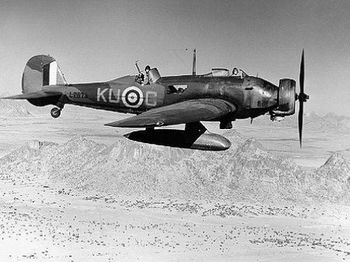 The Vickers Wellesley was a British military light bomber produced from 1937 and which serves until the end of the Second World War. Despites retired from the front line unit in Britain at the outbreak of the second world war, they saw action towards italian troops in East Africa.

A total of 177 Vickers Wellesley of all types were built.

This page lists all films that feature a variation of the Vickers Wellesley.