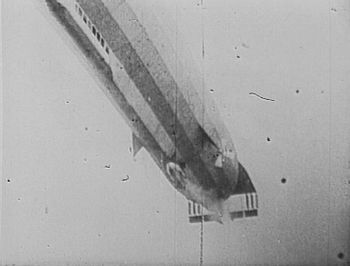 
LZ 16 Z IV was built by Luftschiffbau Zeppelin in 1913. Accidentally crossed French border on 3 April 1913 due to navigational error caused by poor visibility and landed on the cavalry parade ground at Lunéville, allowing the French to perform a detailed examination. Used for reconnaissance over East Prussia in August 1914 and bombed Warsaw on 24 September. Later used for training, decommissioned in autumn of 1916.

This page lists all films that feature the Zeppelin LZ 16 and other H Class Zeppelin.