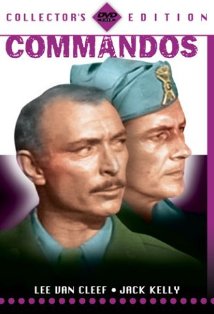 
Sgt. Sullivan puts together a group of Italian-Americans into disguise as Italian soldiers in order to infiltrate a North African camp held by the Italians.

Dropping off troops. The plane isn't anymore a scale-model in this scene, and a Douglas neither... very likely a Junkers Ju 52.