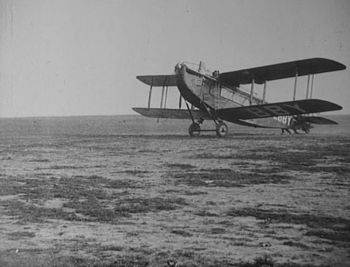 The de Havilland DH34 was a single engine British biplane airliner built by the de Havilland Aircraft Company in the 1920s. 12 were built, with the DH34 serving with Imperial Airways and its predecessors for several years.

This page lists all films that feature the De Havilland DH34.