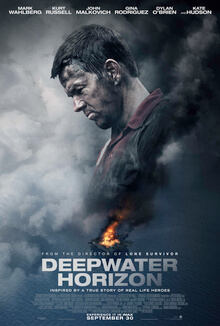 It is based on the 2010 Deepwater Horizon explosion and oil spill in the Gulf of Mexico.

Row of AgustaWestland AW139s with their distinctive upwards-curved tail wings.