From The Internet Movie Plane Database
(Redirected from Enigma (1983))
Jump to: navigation, search 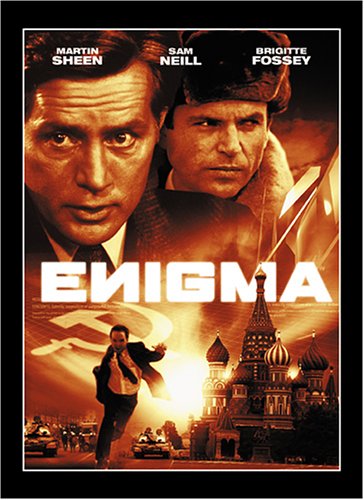 Acting as Soviet (Mig 19 ?) fighters at an East-Berlin airport.
Action filmed at Aéroport de Paris-Le Bourget, a location frequently seen throughout movies. This time using several aircraft of the Air and Space Museum. 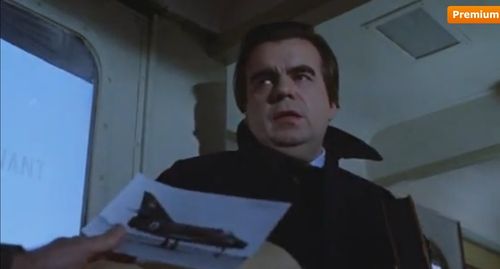 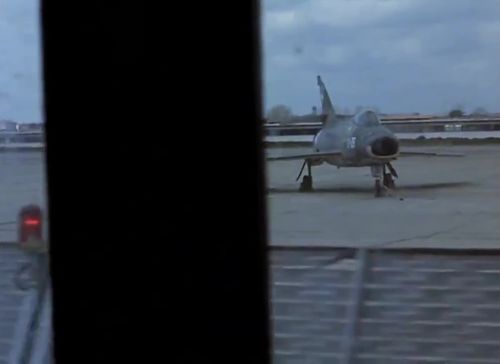 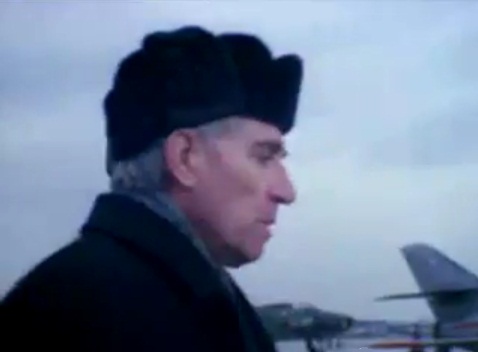 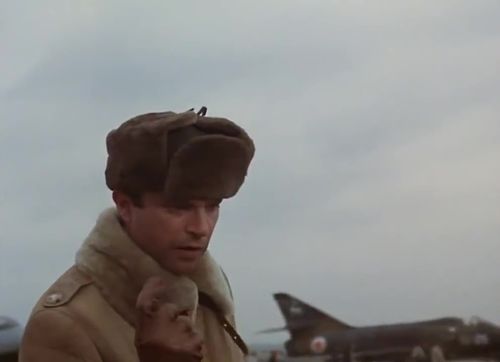 Dassault Super-Mystère B2 with the unit badge of Escadron de chasse 3/12 Cornouaille, a white scorpion.
We guess Le Bourget on the barrier near the three sentinels. 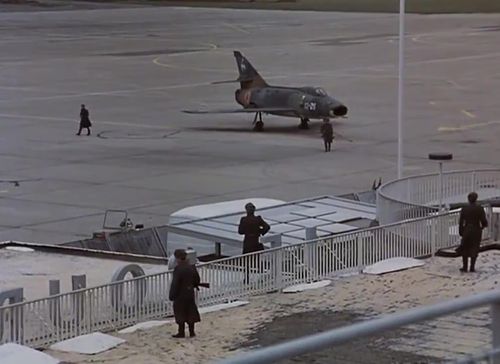 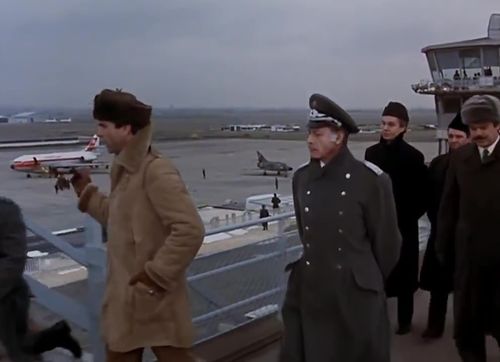 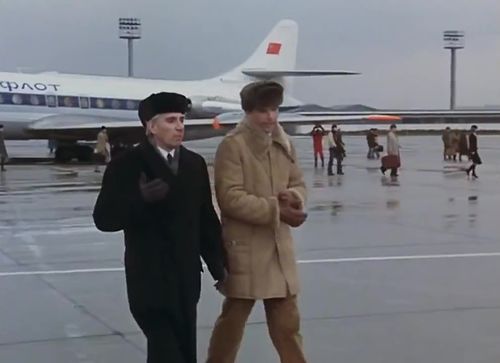 On the left, with a more circular air intake (the white dot is the front headlamp). 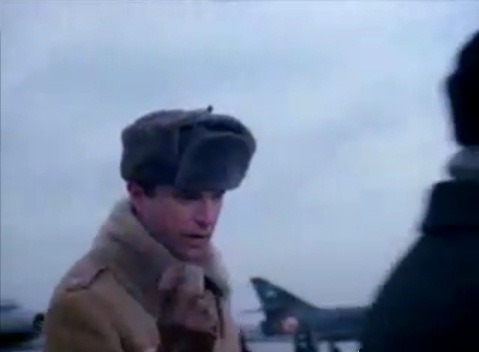 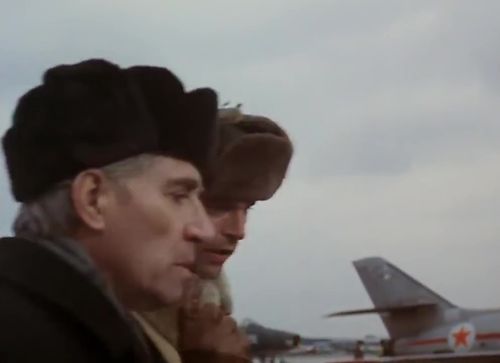 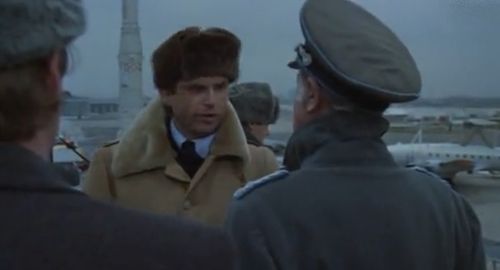 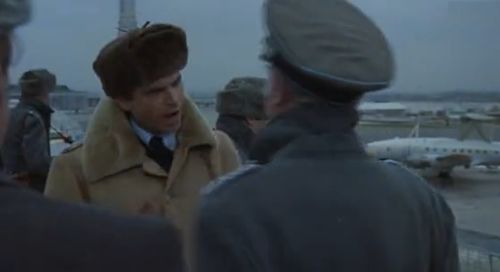 Seen through Venetian blind, on the very top of the screenshot are five Nord 2501 Noratlas, probably actually on the civil register for Gyrafrance, later sold to Transvalair.
From the Air and Space Museum (MAE), from left to right : Dassault MD-454 Mystère IVA n°245 (8-NN), Dassault MD-450 OURAGAN n°154 and Dassault Super Mystère B2 n°59 (12-ZS). This last fighter is no longer owned by the MAE but is hosted by the Air Museum of Touchay (Center of France). 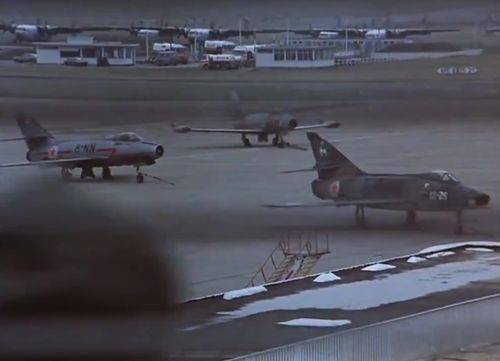