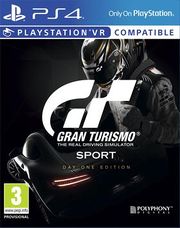 Gran Turismo Sport is a car racing game and includes "Sports Mode" and "Arcade Mode". Online racing is also featured in the game. Gran Turismo Sport also features two championships held simultaneously throughout the year: the Nations Cup, where players represent their country, and the Manufacturers Cup, where players represent their favorite car manufacturer. The FIA manages the series directly as they would with any of their other race series. The winners of the championships are honored at the FIA's annual prize-giving ceremony in Paris.

In the game, Scapes is a feature that lets player position a car in scenes (in-game photos) from around the world and take photos. 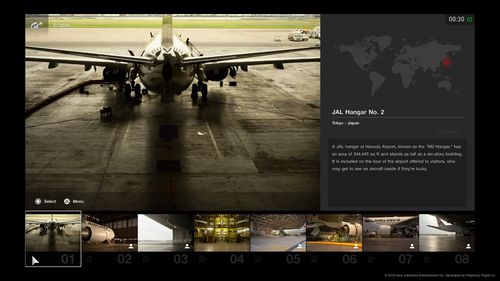 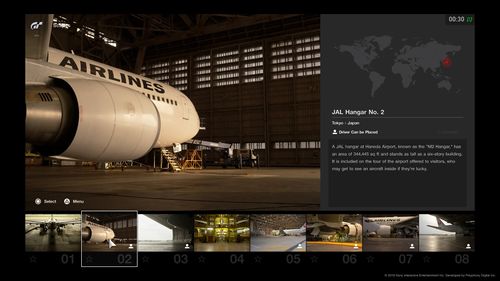 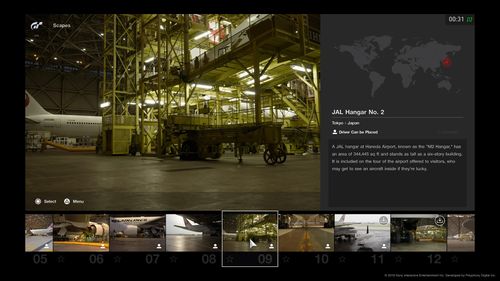 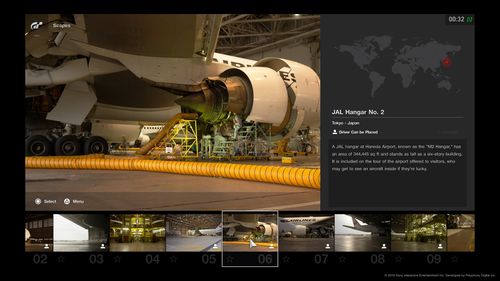 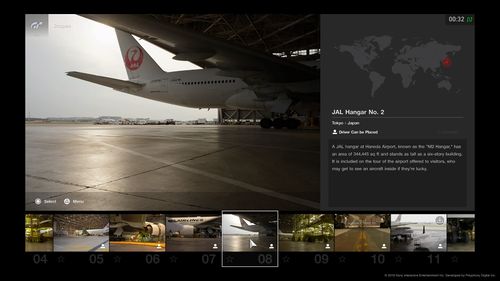 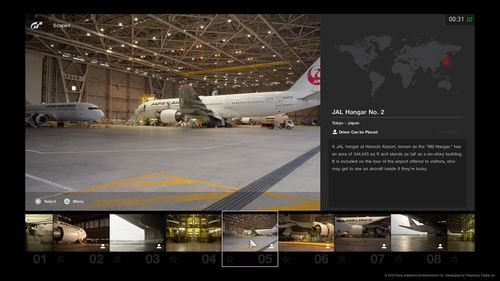 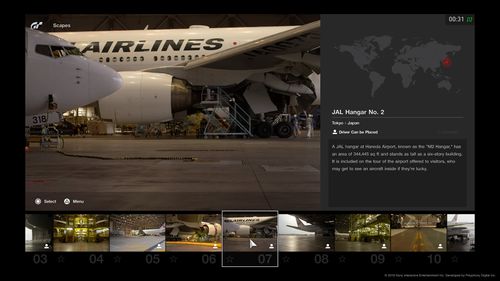 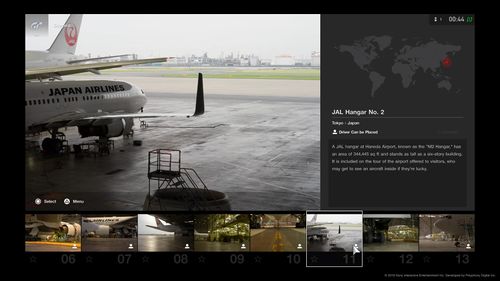 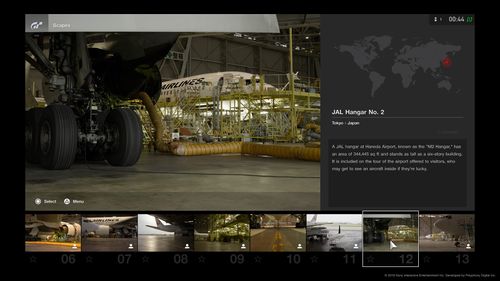 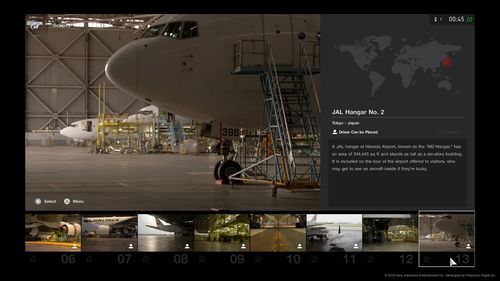 At a hangar in Nagoya Airfield (NKM/RJNA). 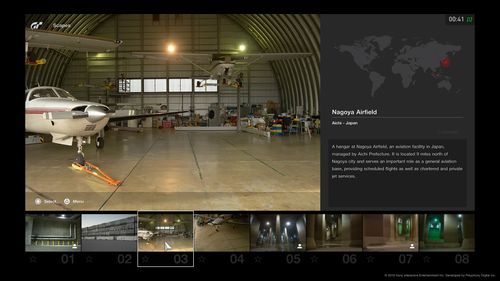 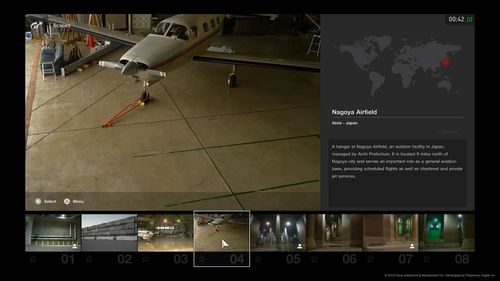 In Museum, aircraft are visible in some pictures. (Pictures needed) 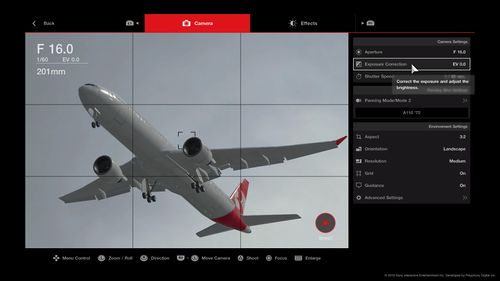 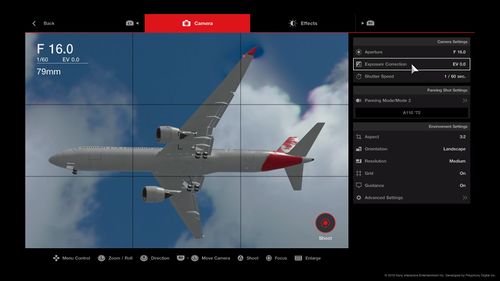 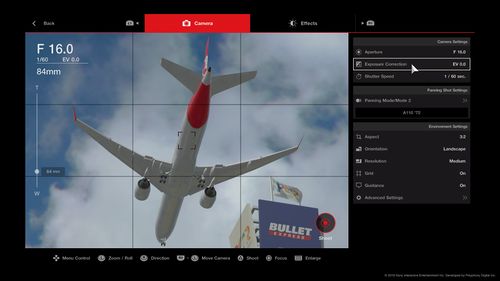 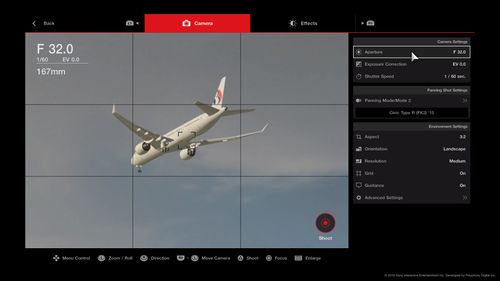 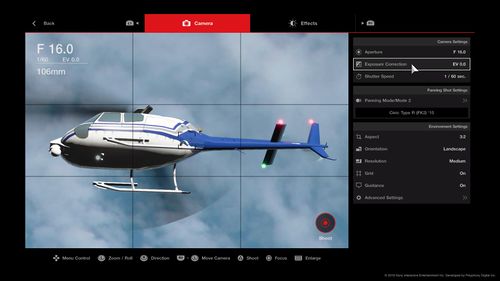 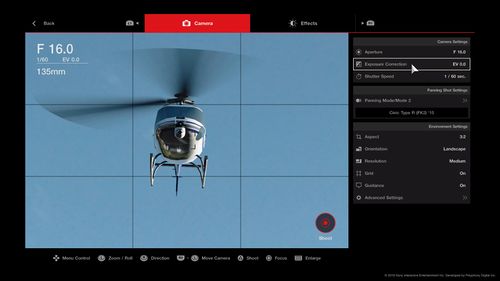 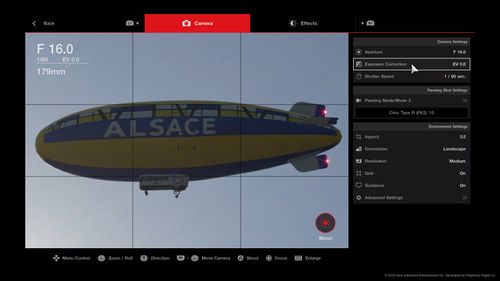 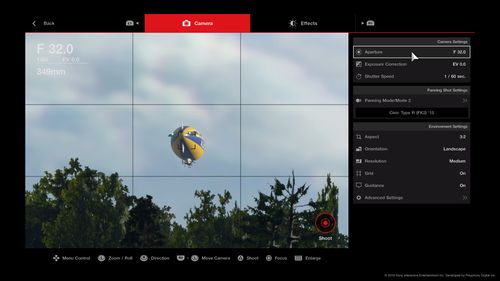