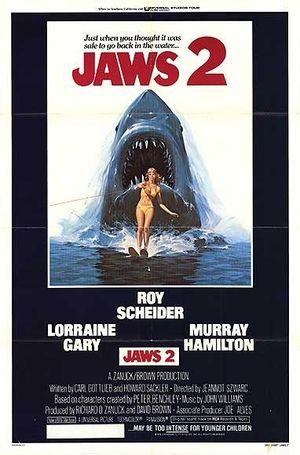 A second great white shark makes the waters off of Amity Island its feeding ground. Only Chief Brody suspects the truth, but no one believes him, considering him paranoid because of his past experiences.

Harbor Patrol helicopter which gets attacked by the shark. Registration N9341F, Serial 44-0059.