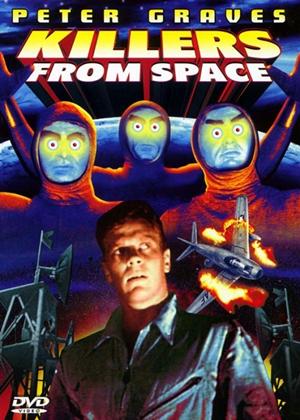 A scientist monitoring atomic tests, killed in a plane crash, is revived by aliens so he can spy on the tests and help them conquer the world. 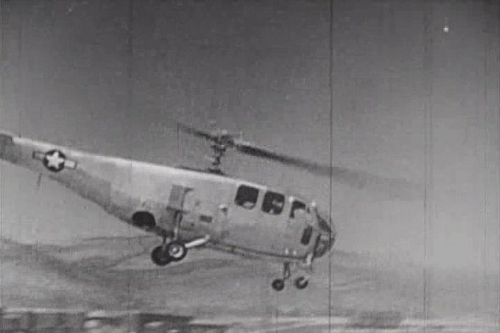 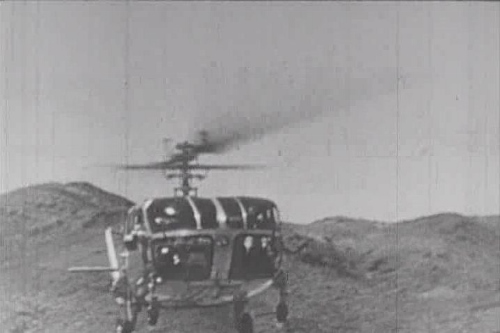 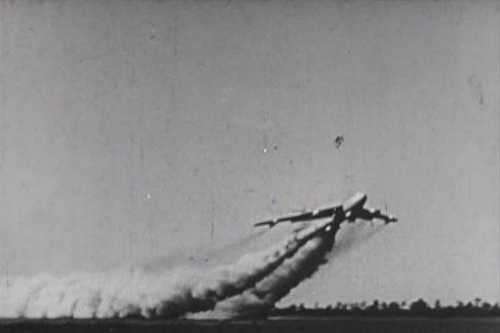 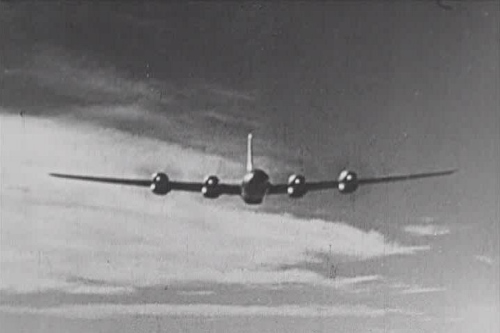 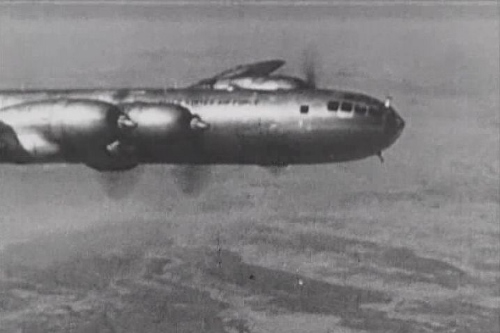 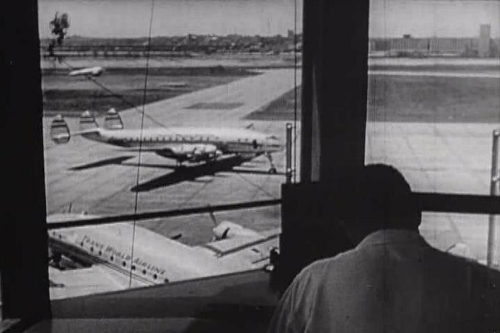 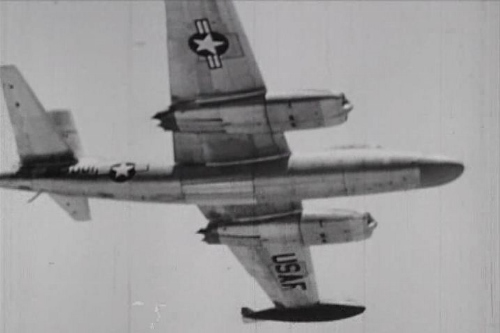 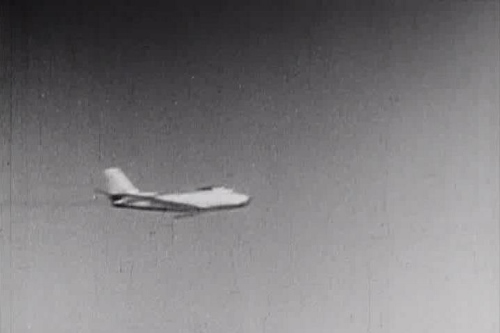 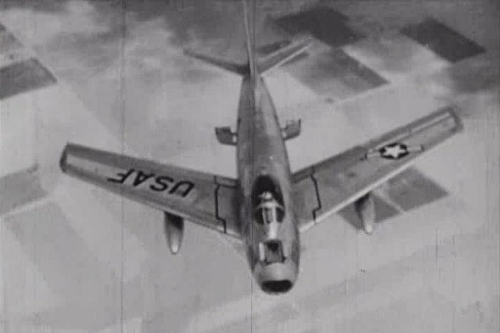 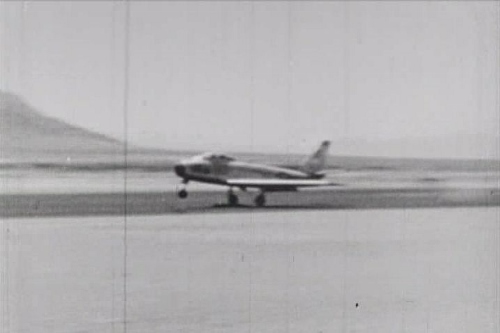 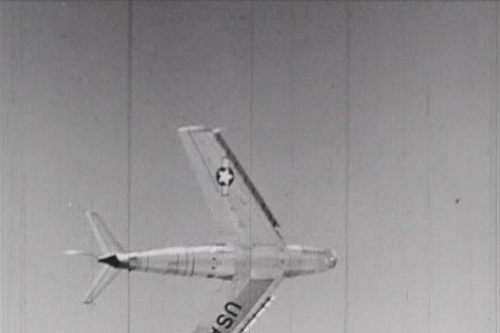 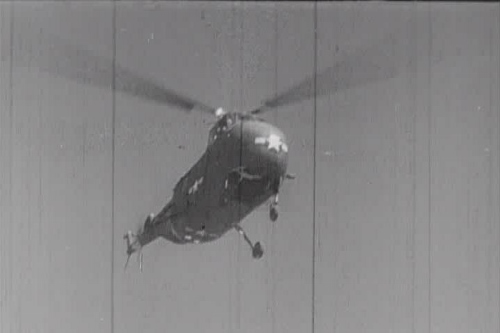 Looks like a model; usually, Starfires have wingtip tanks. 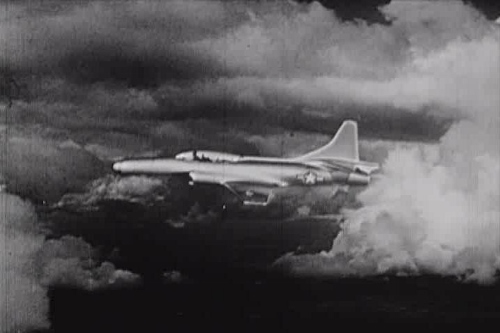