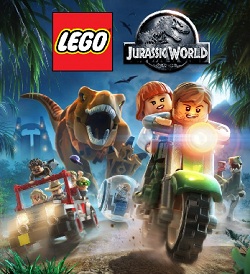 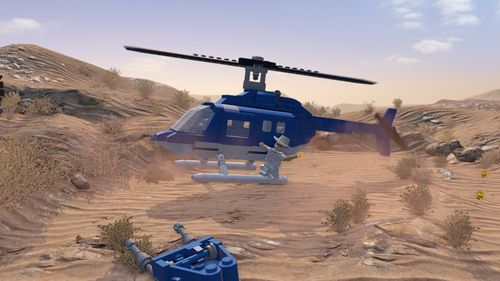 Flies the main characters to Isla Nublar. They escape in it after restoring the park's power. 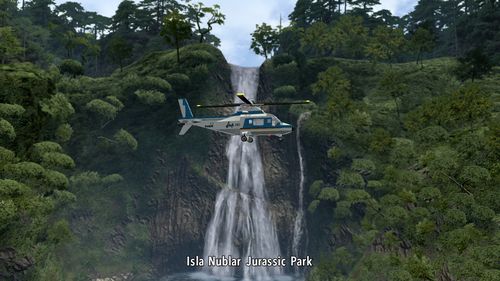 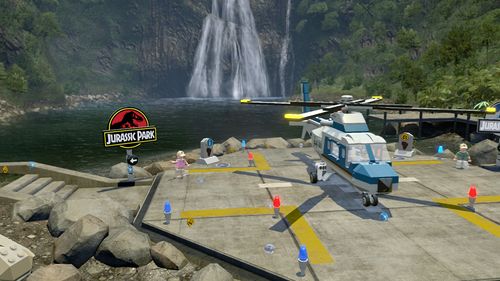 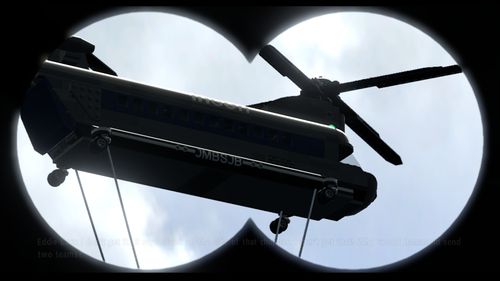 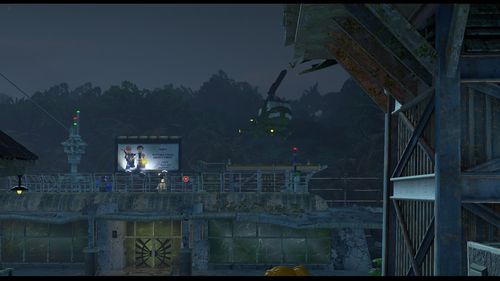 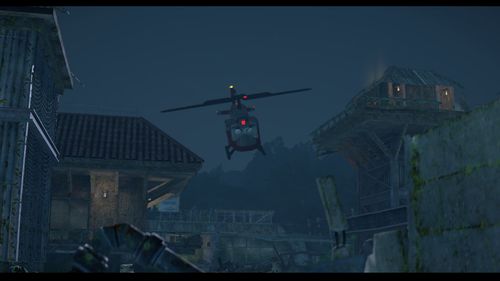 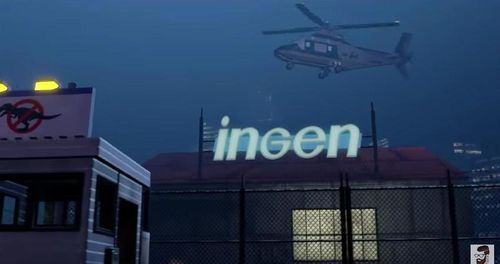 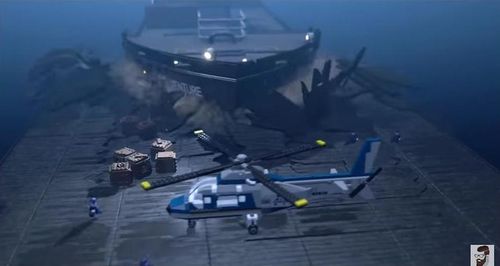 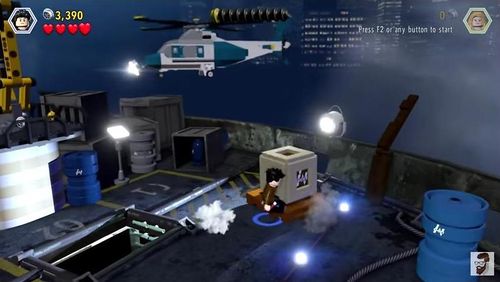 The Kirby family's plane. It gets destroyed when a Spinosaurus attacks it. 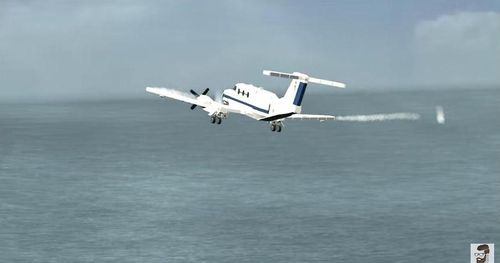 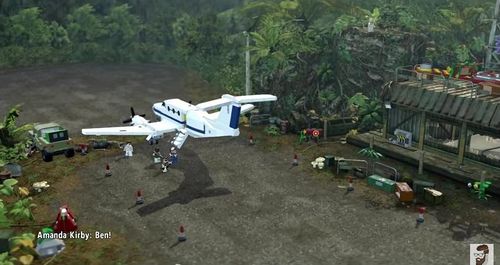 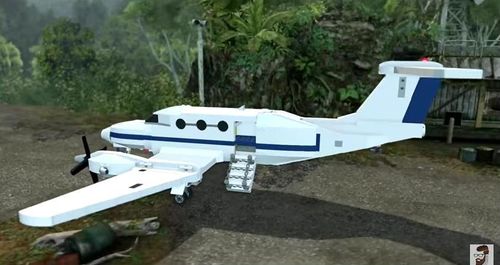 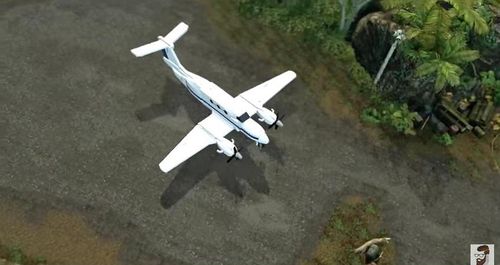 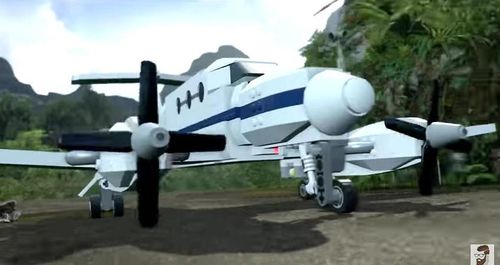 Rescue helicopters which save Grant and the Kirby family, standing in for the movie's Sikorsky SH-60B Seahawks. 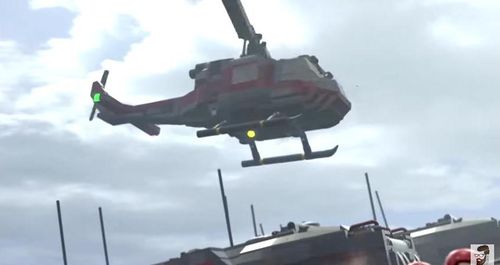 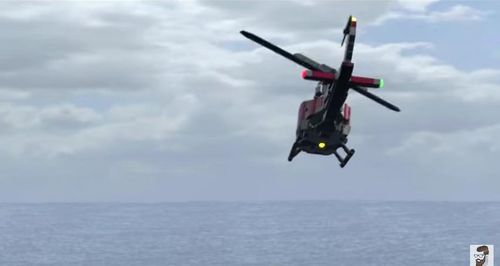 Masrani's helicopter, which he arrives in. Later seen flying around Paddock 11 when Owen and Nick are trying to escape from Indominus. Masrani then uses it to try and kill Indominus, but it crashes after being attacked by Dimorphodons. 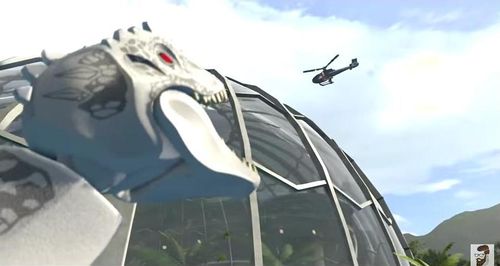 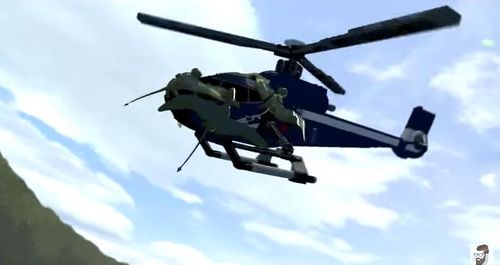 InGen helicopter which evacuates Dr. Wu and the InGen Guy, standing in for the movie's Agusta A-109A. 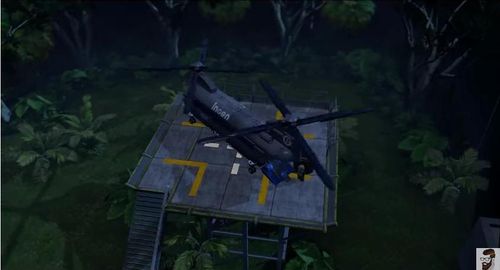 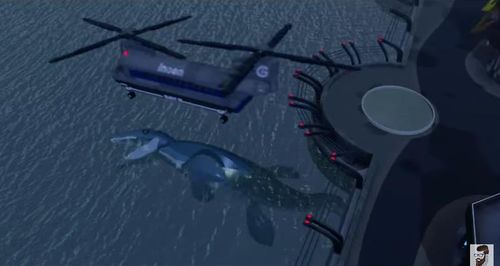