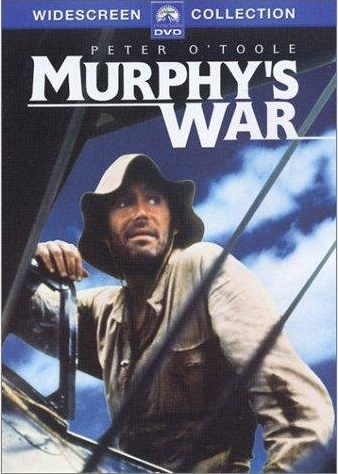 The British ship "RN/MS Mount Kyle" is torpedoed by a German U-boat in the last few days of WWII with Murphy (Peter O'Tool), an Irish crewman, escaping death and nursed back to health by Dr. Hayden, a Quaker missionary on the remote Orinoco River in South America. The only other survivor, the pilot of the Mount Kyle's damaged seaplane, is soon found and shot dead by the U-boat's captain. Murphy, with the help of Frenchman Lois Brezon, repairs the seaplane with the intention of sinking the U-boat as revenge for the needless deaths of his crewmates.

A major part of the movie consists of Murphy flying the WWII amphibious seaplane attempting to destroy a German U-Boat.

After repairs Louis Brezon lowers the seaplane into the water

The Grumman-designed J2F-6 Duck used in the movie was built by the Columbia Aircraft Corp. of Valley Stream, N.Y. completed in 1945. The preserved plane is on display at the National Museum of the United States Air Force at Wright-Patterson Air Force Base in Dayton, Ohio.