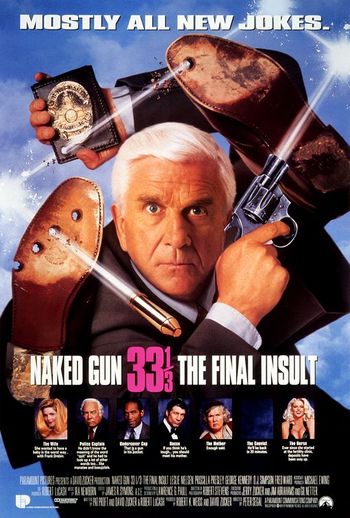 Naked Gun 33⅓: The Final Insult is a 1994 comedy film, the third and final film in the Naked Gun series, which was based on the Police Squad! television series. The "33⅓" of the title is a reference to the speed at which long playing (LP) phonograph records (gramophone records) play.

Papshmir's helicopter, obviously a model. The movie shows this helicopter getting blown up at the end when Rocco blasts into the sky and hits it. 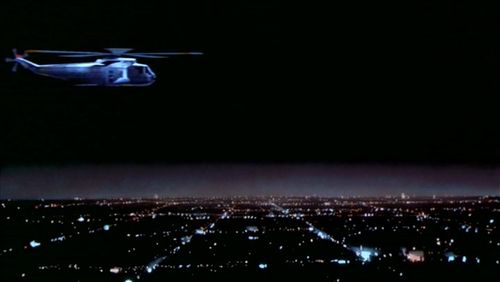 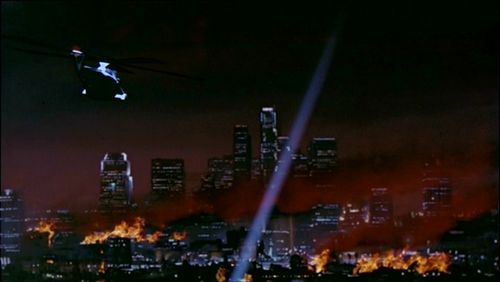 A reference to the LA riots.