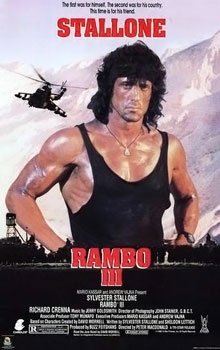 When Trautman is taken captive on a covert op. in Afhanistan, with no hopes of a rescue mission, only Rambo can get him out. With the help of the local rebels Rambo launches a one man mission to free trautman and destroy the local Russian faction.

Two different choppers are identified in this film - No. 42 and 45.
The same model is used in Rambo: First Blood Part II and two other movies - look at IMPDb: Frequently Seen Aircraft. 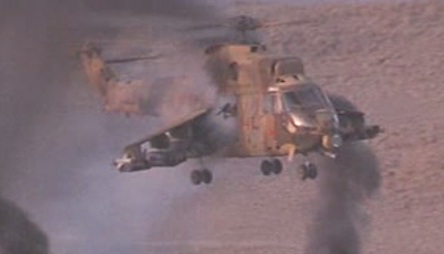 After Rambo frees Trautman he escapes in this Puma.

The lack of a ventral fin on the tail boom distinguishes the Puma from the Super Puma.

This heavily modified Gazelle is used by the Russians with two being shot down by Rambo. 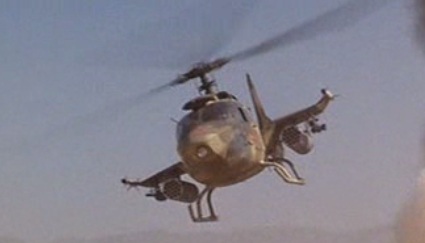 Puma No. 45 and the second Gazelle.