Difference between revisions of "Rampage (2018)" 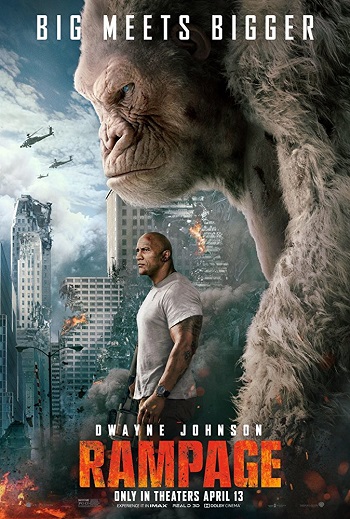 Used by CIA to transport George.

Seen at the top of Willis Tower. Personal helicopter of Claire and Brett Wyden.

Used by US Air Force.

Used by Private Military Contractors and US Air Force.

Used by US Air Force. Fictitious serial and formal name.

Used by US Air Force. Acts as escort for B-2.