She's Out of My League 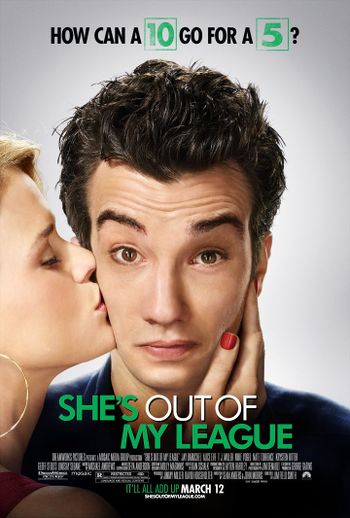 She's Out of My League movie poster.

Paint with the scheme used by the Thunderbirds, the T-38 was used by the USAF Air Demonstration Squadron between 1974 and 1982. Here is just a privately owned jet (registration N385AF ? if yes, some Image Manipulation changed the canopy with Foot Long instead "Spirit of Alliance" / Alliance * Texas. And the insignia is usually a board with flag of countries visited.).

Seconds later the Hercules is behind the shape of a Grumman OV-1 Mohawk.

On the right, we guess the Canadian flag on the Lockheed CC-130E Hercules tail.