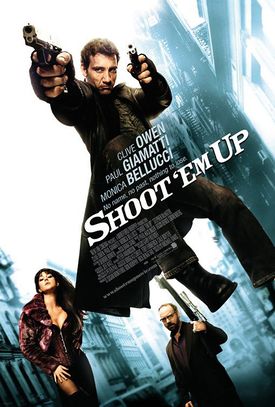 A former gun salesman, known only as "Smith," attempts to save a mother and her newborn son, Oliver, from a gang of hired killers led by the sadistic Hertz. The mother is killed, leaving Smith to care for and protect Oliver by himself and discover why Hertz wants him killed.

Senator Rutledge's plane. After killing Rutledge, Smith escapes by parachuting out. The Lone Man and several of Hertz's men skydive after him.

Skycam helicopter. The Lone Man is knocked into its rotor blades as he and Smith fight in freefall.