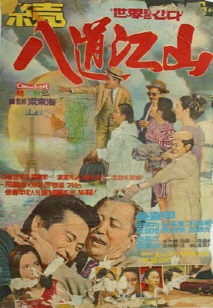 Reg. N6675D Boeing Vertol BV 107-II of New York Airways. Built in 1962 as the fifth of the type. Exported to New Zealand during Summer 2005. At Downtown Manhattan Heliport.

Boeing CH-47 Chinook of the U.S. Army forces (South Korean has had its own Chinooks from 1988 only).