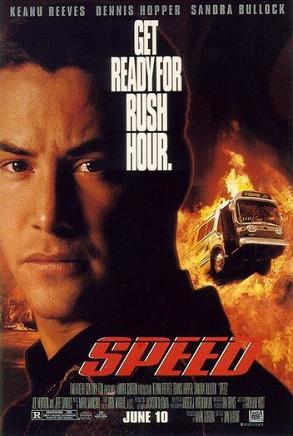 
After a failed extorsionist attempt using an elevator full of hostages, an aggrieved explosives expert riggs a bus with explosives set detonate if the bus slows below 50mph - unless the ransom is paid. 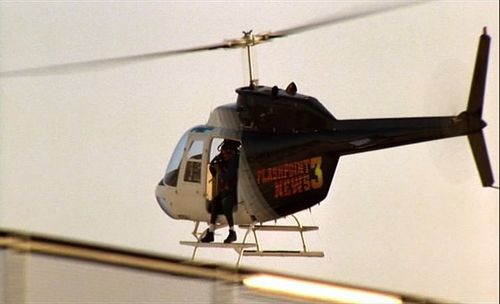 N59577 in other movies at IMPDb: Frequently Seen Aircraft. 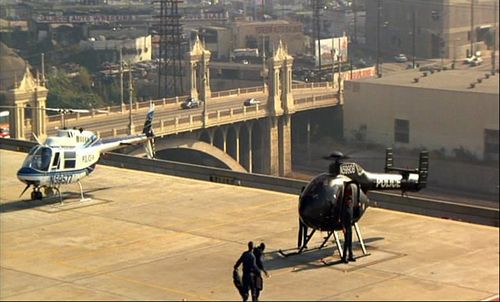 Seen here in LAPD livery, however is actually a civilian helicopter mocked up. Registration N59577, Serial 1474, a 206B JetRanger III.

N250CA in other movies at Frequently seen aircraft 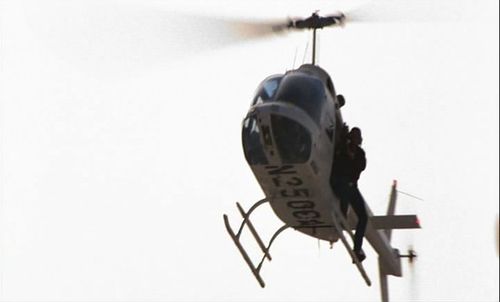 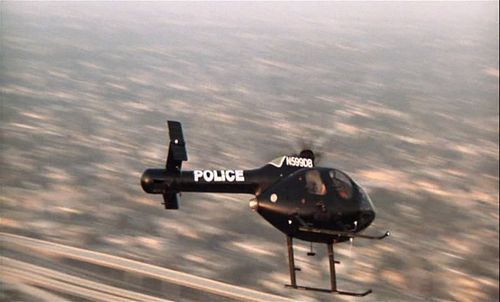 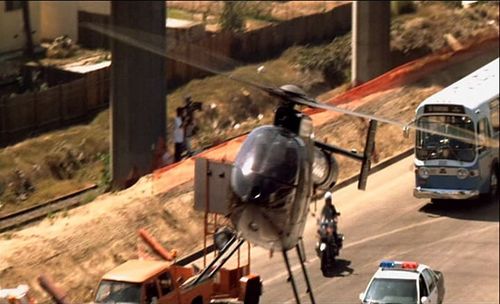 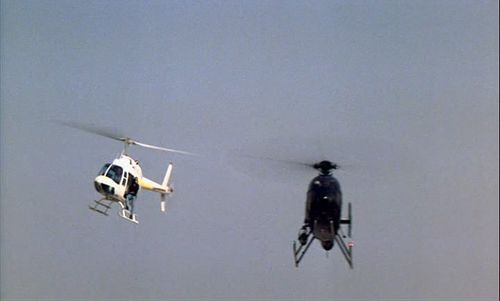 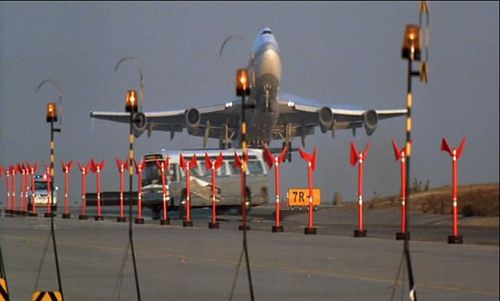 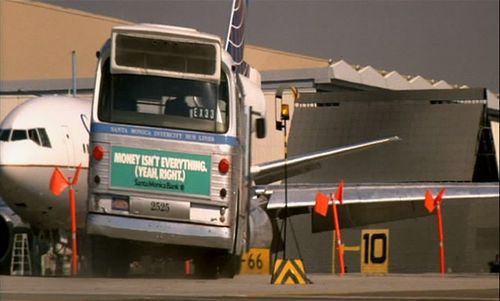 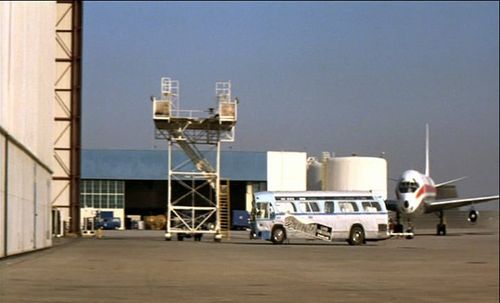 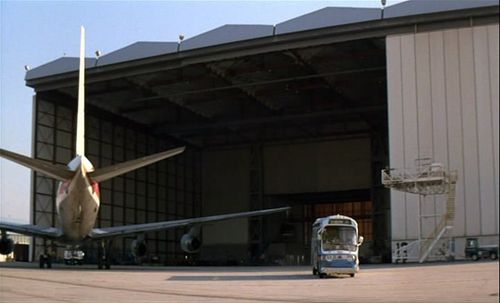