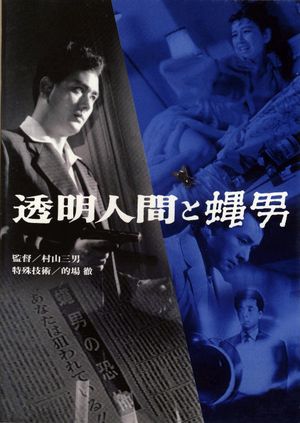 Movie (1957)
English title: The Invisible Human and the Fly Man / The Murdering Mite / The Transparent Man vs. the Fly Man

Sugumoto finds a chemical to shrink a man into the size of a fly. He tries to use it for his venageance against those who framed him as a war criminal... 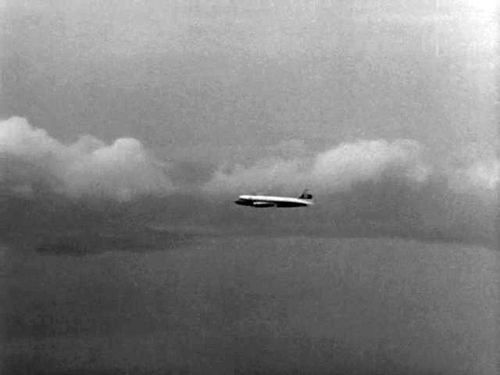 2 Douglas DC-4 from JAL on the right. The smaller airplane is a DC-3. On the left is an unidentified airline Lockheed Constellation. It can’t be from JAL, as this company never flew the Constellation on its own, only operating some Air France ones on lease. But the livery doesn’t match with Air France neither. 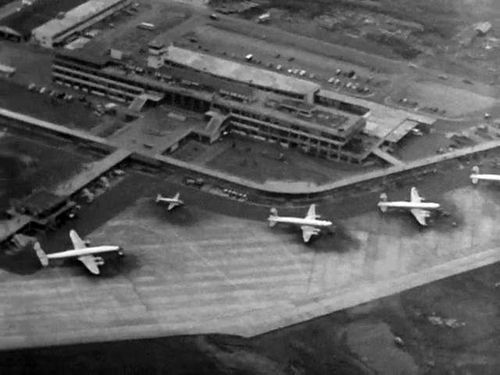 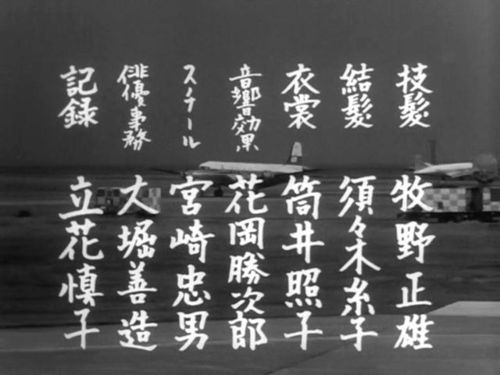 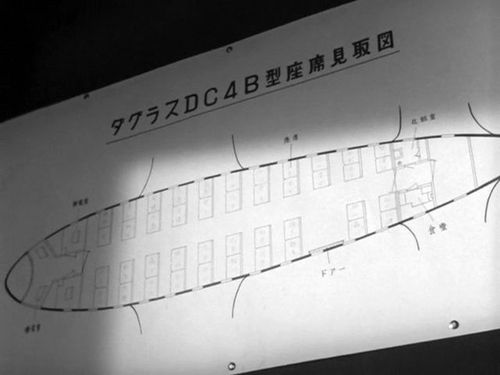 In the background on the right, a Boeing 377 from Pan Am or BOAC? On the left seems to be a Douglas C-124 Globemaster II of the USAF. 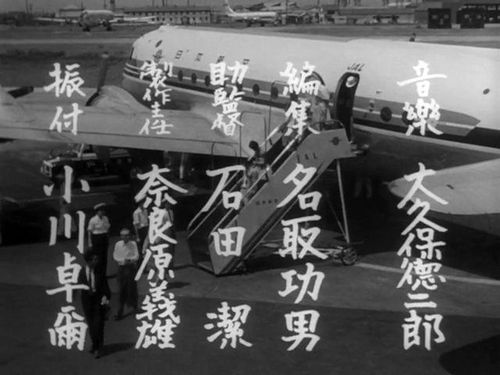 Douglas DC-4-1009 of JAL-Japan Air Lines in the foreground. 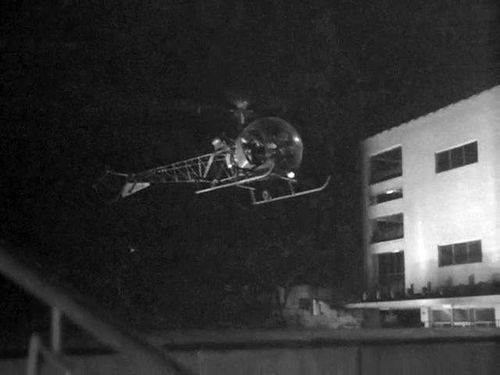 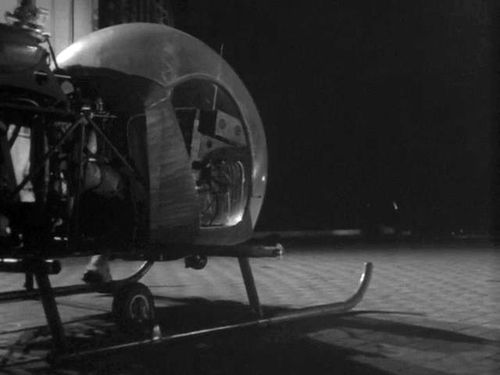 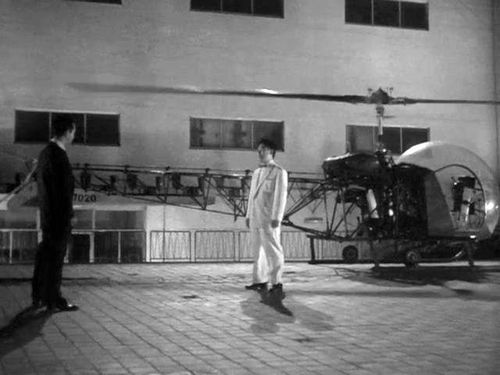 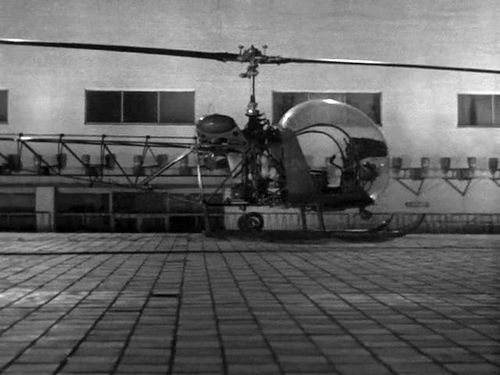