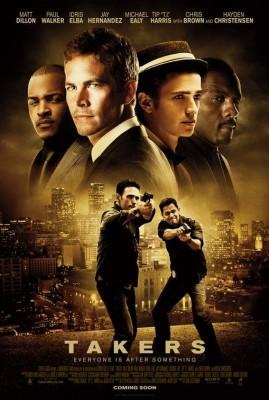 
The film follows a group of professional bank robbers (Michael Ealy, Chris Brown, Hayden Christensen, Paul Walker, Idris Elba) who specialize in spectacular robberies, as they are pulled into one last job by a recently paroled cohort (T.I.) only to be pitted against a hard-boiled detective (Matt Dillon) and his partner (Jay Hernandez) who interrupt their heist.

The first aircraft at right.