Provided by Stronghold in IMCDb comments

I've given the series this page. Airwolf should be for the pilot movie (listed separately on IMDb). Series Four is also listed as a separate entity on IMDb and IMCDb. I will give that another page Airwolf (1987 TV Series) if that is okay.

To Get Us Started

Images from just one episode are posted on IMCDb. It is probably a must have contribution so have put these on to get us started. I'm thinking about getting the DVDs for this and the movie to fill out the gaps though I have a lot on in terms of other contributions for both here and IMCDb so it will take some time. Series Four is not on DVD in the UK but I have some pictures from stronghold to post on here. Sandie 14:53, 12 April 2011 (MDT)

Following filming it moved to Germany to start a new life as an air ambulance (registration D-HHSD). Sadly, it crashed in a thunderstorm in 1992. It's worth noting that the fourth series did not use the actual Airwolf and all flying and dogfighting shots were recycled from the earlier show.

Prototype of a two seater training jet based on the Lockheed T-33: http://en.wikipedia.org/wiki/Boeing_Skyfox This episode predates Boeing buying the rights. Sandie 14:53, 12 April 2011 (MDT)

Does the page title actually need the (TV Series) part? The site is pretty inconsistent about whether or not a television show has (TV Series) as part of the page title. For instance, NCIS and MacGyver don't. - Kooshmeister

There is a movie named Airwolf which acted as a pilot for the series. It's listed as a separate entity on IMDb so to follow that we would give it a page of it's own.Sandie 10:58, 21 April 2011 (MDT)

As Sandie sort of mentioned, it has the (TV Series) bit because there is also a movie named 'Airwolf'. This way it prevents a problem should someone want to add Airwolf the film in the future. Bthebest - IMPDb Administrator 11:09, 21 April 2011 (MDT)

All of the first series is now done. IMDb numbers the movie pilot as 1.01 as well as a separate movie so that is why there is no 1.01. I'm no specialist in military fighter jets so I'd assume there would need to be some splitting, mergeing and deleting of sections for which I apologise. Tomorrow I will add more to the Bell 222 and JetRanger Sections and some additional pictures to the forum. Sandie 19:44, 10 June 2011 (MDT)

Great Thanks to Smutny who completed recognition of the many aircrafts on Ep.3.07 Eagles under the section Various aircrafts. LVCDC 03:36, 17 October 2013 (MDT) 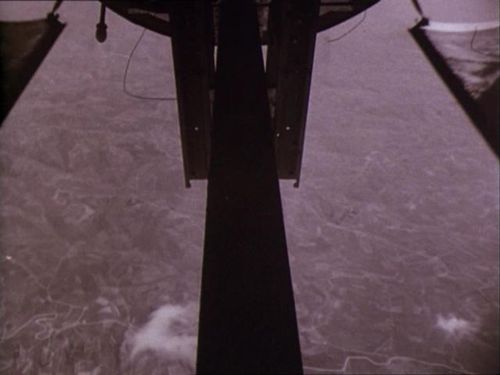 This screenshot displays the bombs bay of a Martin B-26, not this of a B-52 (which does not have a catwalk if I remember well). Anyone to confirm ? LVCDC 27 october 2012