Screenshot credits to Rinspeed - Night at the Museum: Battle of the Smithsonian - Bthebest 23:46, 27 November 2010 (UTC)

The first time I watched this one, my eyes widened with excitement when I started seeing planes. I soon realized this one wouldn't be for me since I would have a terribly hard time figuring out what they all are. That being said, it's a group effort and no excuse for me not to put together a page and grab the shots. Thanks for the add Tim and Rinspeed! Tleeg 00:02, 28 November 2010 (UTC)

To the former missing listed, they are several aircraft seen in a quick moment : a trio of CGI Zero, the last shot with a yellow Miles Magister (?) and a handfull others I'll try to add there soon. LVCDC 07 mars 2013

Deleted Scene in Night at the Museum

Among the special features of the DVD (zone 2) of the first movie, some deleted scenes.
Alternate Opening Sequence offers these hidden sight : 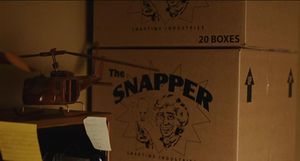 A wooden Bell 204 model and the wingtip tank of another model. 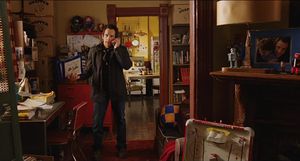 In the upper left corner, the same helicopter and an unidentified jet. 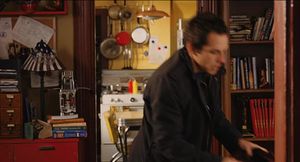 Just at right of Ben Stiller's forehead, a tin airplane laid in front of the upper books.