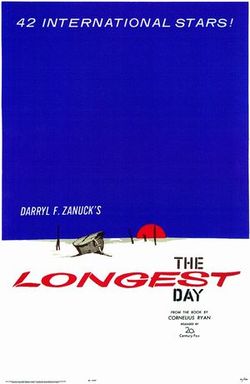 The events of D-Day, told on a grand scale from both the Allied and German points of view.

Avro Lancaster B I & Airspeed AS.51 Horsa I

Avro Lancaster of the RAF trailing assault gliders Airspeed Horsa. These gliders were involved in in the D-Day 6th of June 1944 but their trailers were in fact Dakotas, Handley Page Halifaxes or Short Sterlings.

Avro Lancaster B I and Airspeed AS.51 Horsa I of the RAF.

On the wall, some pictures. At right, probably a Dornier seaplane Dornier Do 18 (others shapes are unidentifiable).

Four aircrafts loaned to a belgian company (usualy working as tug trailers). Their serials were : MH415 ; MH434 ; MK297 and MK923.
Only a Lead and his wingman are seen. Look at IMPDb: Frequently Seen Aircraft.