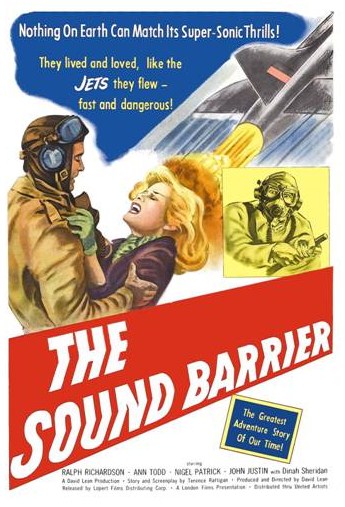 In echo to the De Havilland's family disaster, this movie tells the fight against this sound barrier which costed lifes as like as flying takes its tool. 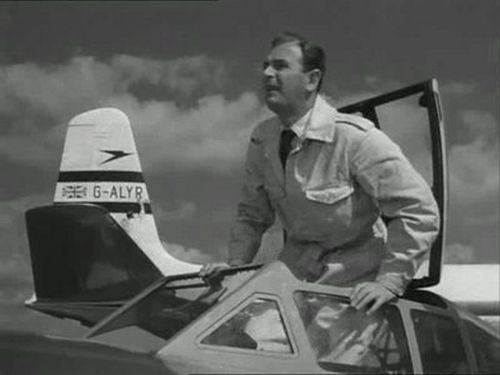 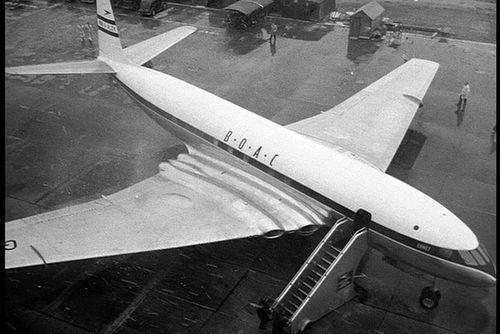 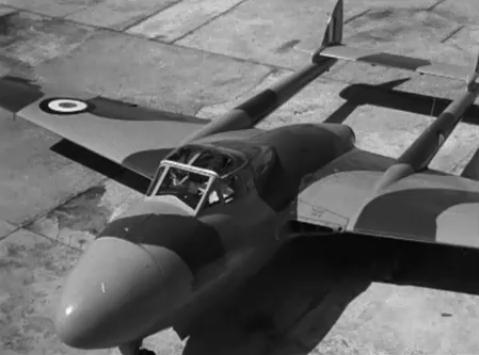 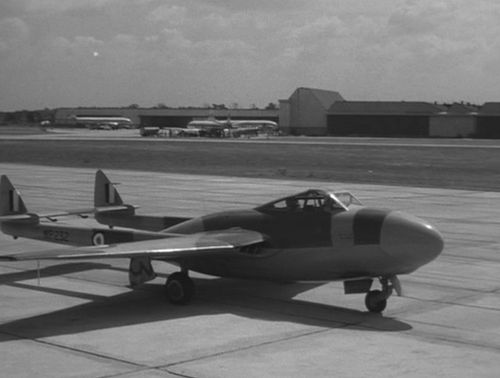 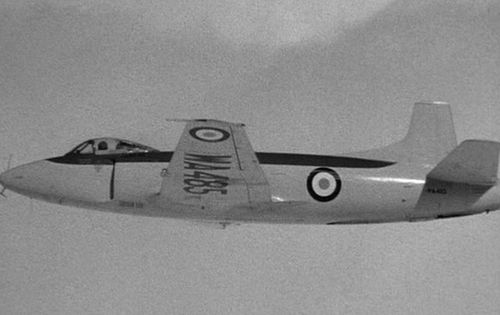 Acting as a prototype of a new jet baptised Prometheus.
VV119 is in reality the second prototype of the Supermarine Swift.
Same aircraft in other movies at IMPDb: Frequently Seen Aircraft. 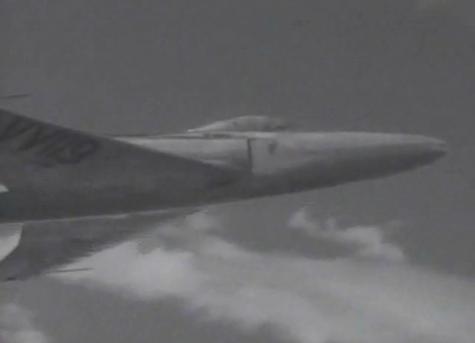 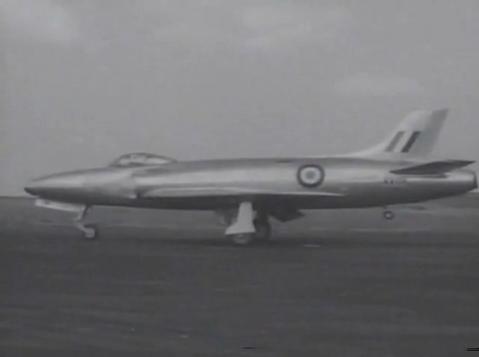 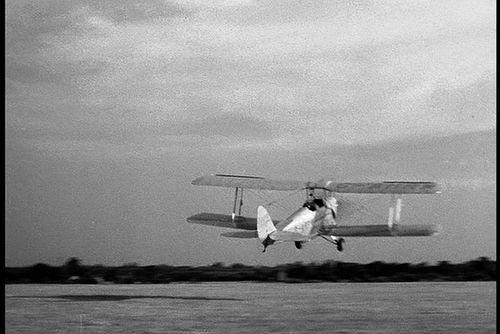 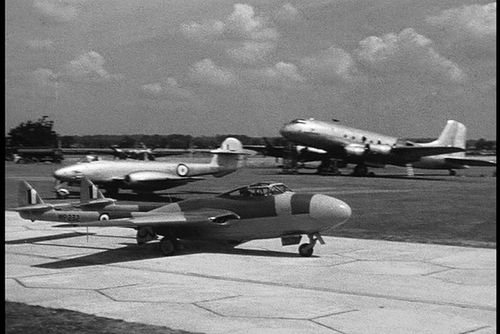 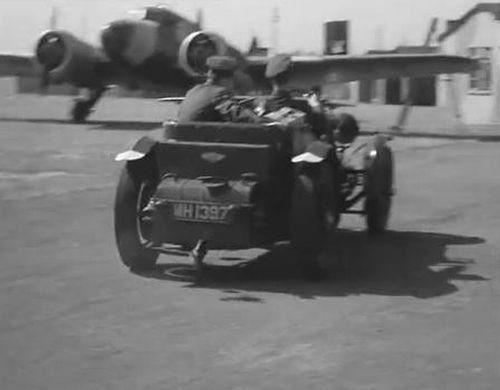 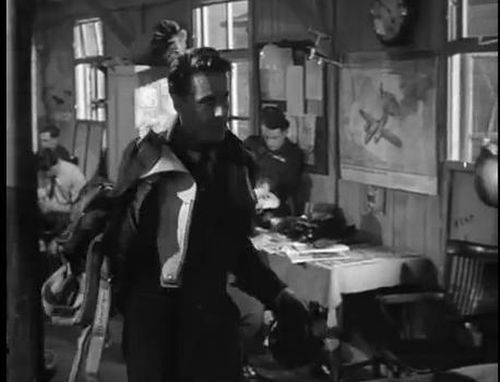 The model kit hanging looks lke a Bristol Brigand. On the wall, the poster is perhaps the same plane but smoke hidden the tail. 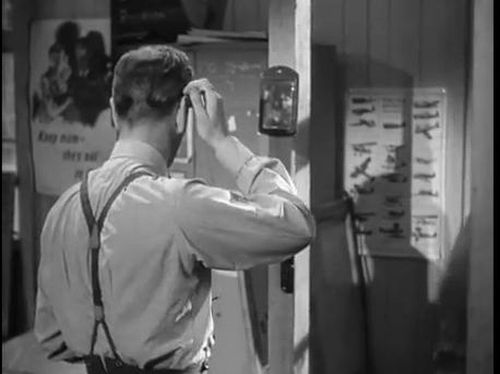 For those who have very good eyes!