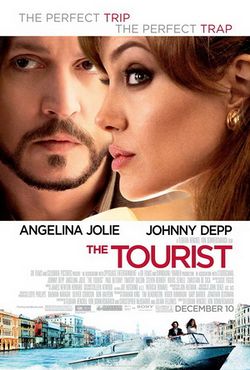 Theatrical poster for The Tourist.


In an attempt to catch a tax evader and thief, the Metropiltan Police follow his lover as they believe he has changed his appearance and have no idea what he looks like. He however sets up a series of rouses to try and throw the police off, whilst simultaneously trying to avoid a gangster he also ripped off.