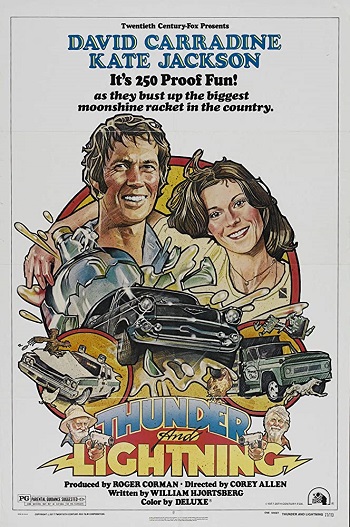 A young man who hauls liquor for moonshiners comes up against a competing gang of moonshiners who intend to get rid of him and take over his operation.

Registration N4624, c/n 4617. Formerly CS-TLB Infante Dom Enrique of TAP Air Portugal, this aircraft was passed between several American companies in the late 1960s, including International Aerodyne, Air Cargo Operations Inc, and Leasing Consultants, and was cannibalized for spare parts. By September 1971 the airframe was mounted on the roof of the Oasis American gas station and gift shop on the Tamiami Trail in Florida. In 1978 the airframe was removed and scrapped. 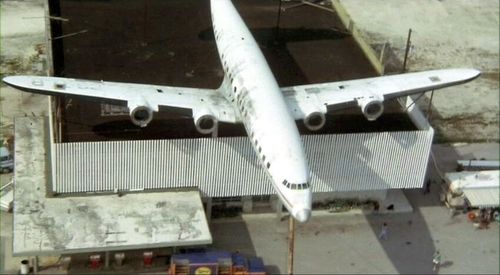 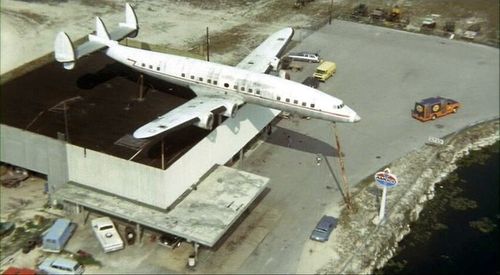 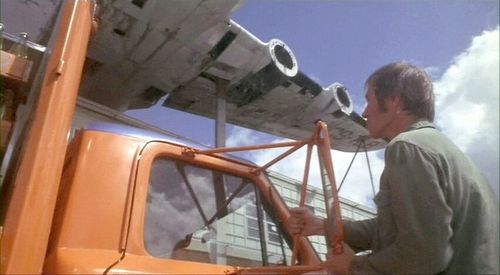 Former Portuguese registration can still be seen on the underside of the wing.